The weather hasn't been great here at Whispering Pines, but the lambs have been. You never really know what to expect each year when you put two sheep together in the fall. We spend a lot of time each year evaluating our flock to determine the gaps between our vision and where we are at that particular point in time, and then we put sheep together that have the highest probability of closing those gaps. It's more art than science, however, as much as we try to bring science into it. At the end of the day, you really never know what is going to happen each spring. It's never, however, about colors, spots, or patterns. It's about improving the quality of our flock each year.

Irish Rose is a case in point. She is a Wintertime Bond daughter. Her fleece is fine and soft, but it's her conformation that I have always liked. Last fall, we elected to do a linebreeding on Bond by breeding her to Egyptian Autumn, who is a Bond grandson. I felt it was the best option when I looked at their pluses and minuses. That choice resulted in these two yuglet fawn katmoget lambs (a ram and a ewe).

The ram looks to have all of his mother's pluses with a few of his father's thrown in. He has a nice long body, with a great head. He also has lots of presence. 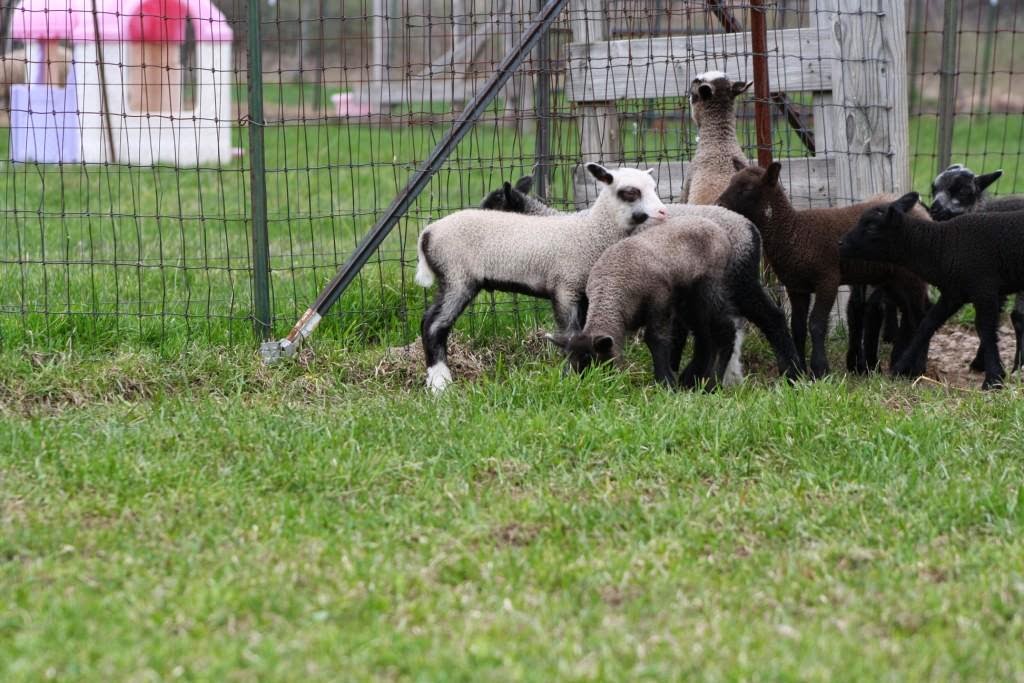 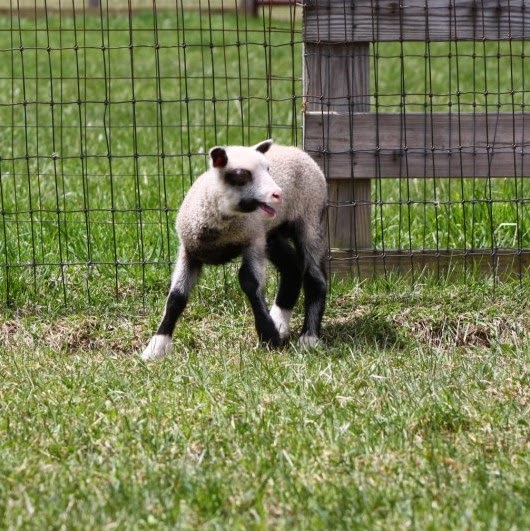 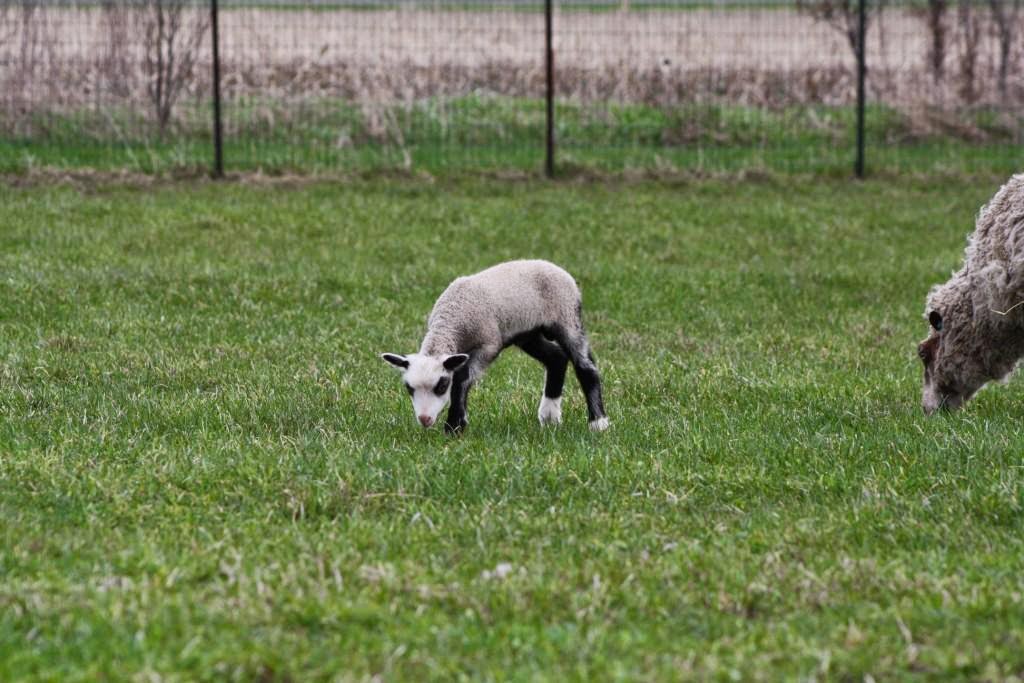 The ewe is also extremely nice. She is a tad darker and smaller, but most of our ewe lambs are that way. In every case this year, when we have had twins, the ram has been the larger of the two. Both look to be keeper quality at this point, but with 20 plus ram lambs, clearly many of the keepers won't be kept. Still, it's cool when a vision pays off like this breeding did. 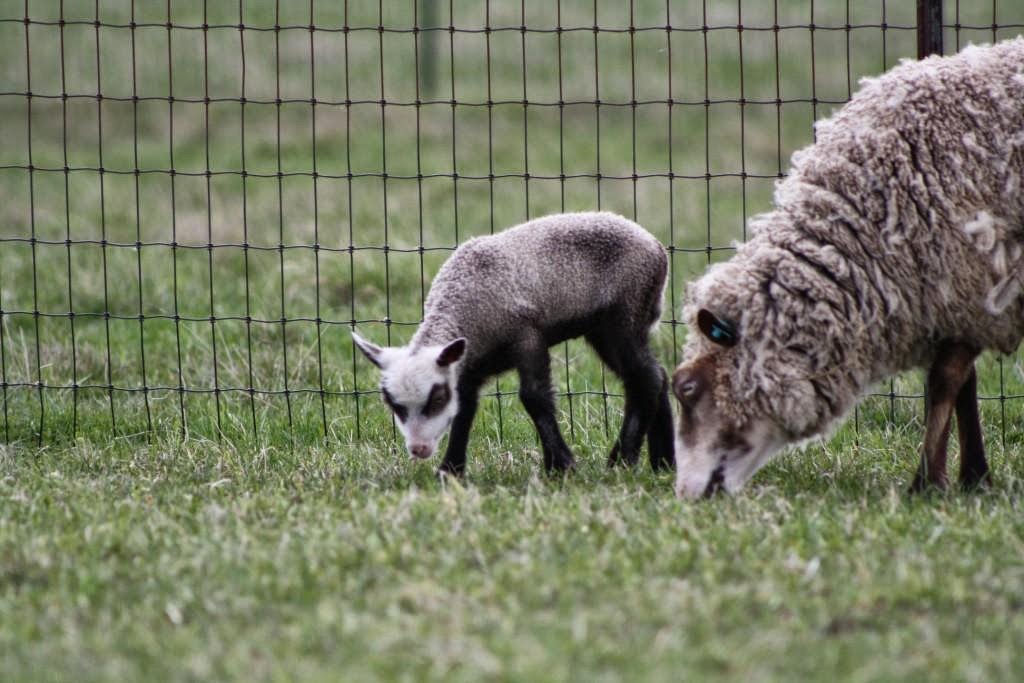 Blue Sapphire is a flock favorite, and we put her in with Stonehenge las fall because we thought his fleece was most like hers and it's something we want more of. What this breeding choice produced is two katmogets (no surprise there). The ram is spotted, and the ewe carries spots and is grey. We are always excited when we get black-based lambs at this point. We have so few of them.
The ram is a fawn smirslet with white socks in the back. He's a pretty striking young man! 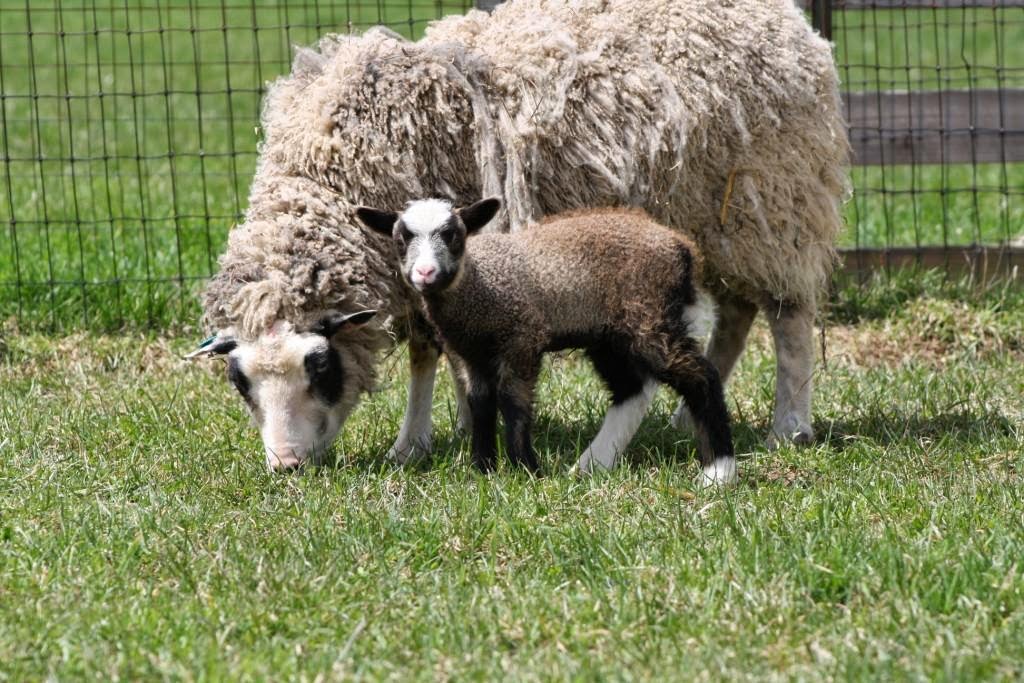 His sister is very nice as well. I like that Stonehenge is throwing facial features like his mother's. She has a very unique look about her, and several of this year's lambs have that as well. 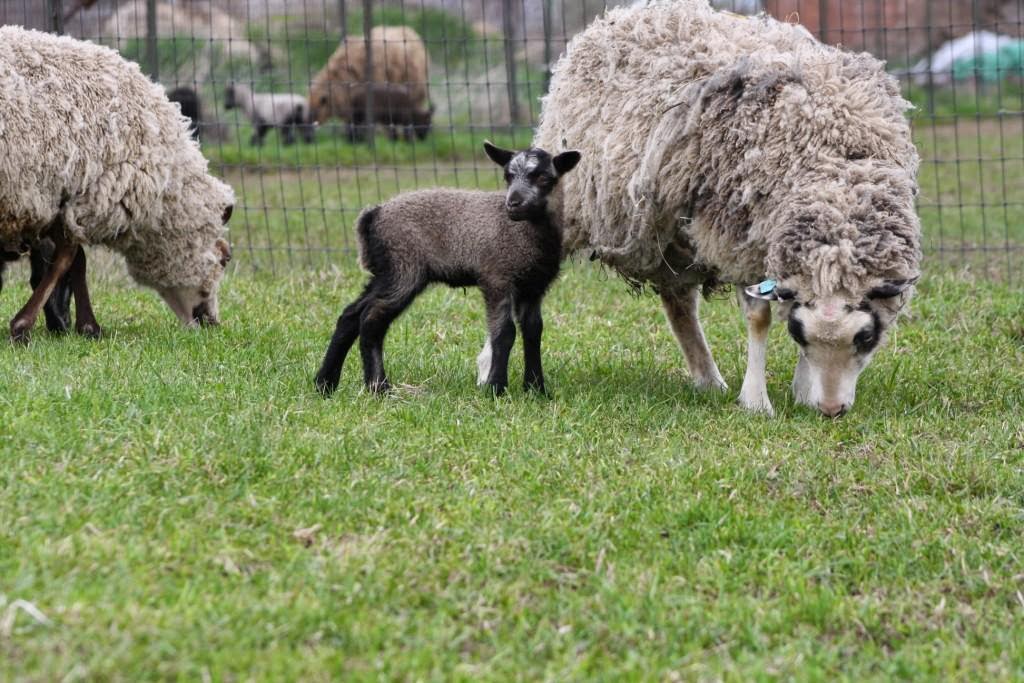 Here is the ram again. 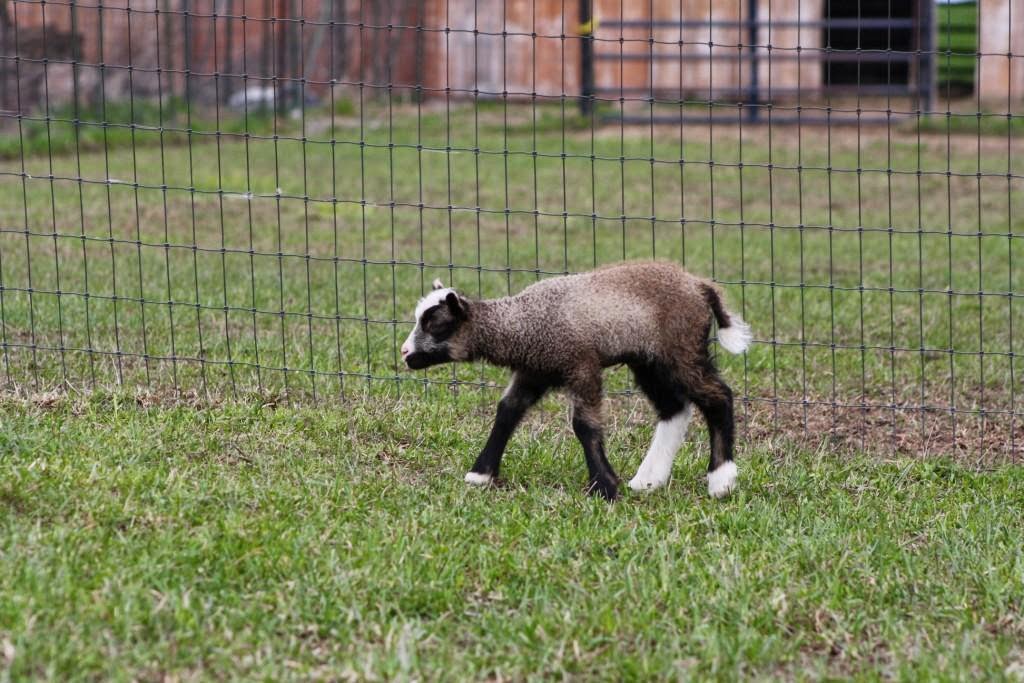 Here are both of them together. 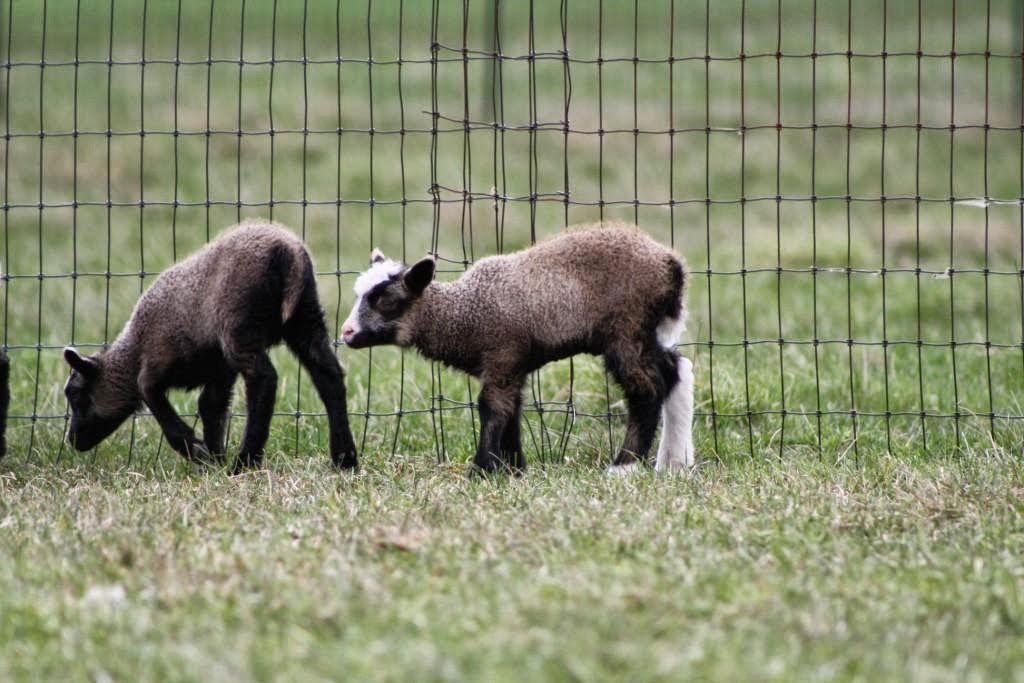 Whispering Pines Kiyah is also a Bond grandkid. She is out of Blue Diamond, and is arguably the best daughter we have had out of her. Last fall we put her with Egyptian Autumn in hopes of doing some linebreeding that might pull out the fleece characteristics that we want. Egyptian Autumn is out of Egyptian King and Blue Sapphire, so it looked to be a good linebreeding on paper (and on fleece).
I think the outcome was great! She had two really nice lambs (ram and ewe), that are fawn katmogets. This time the ewe is spotted! 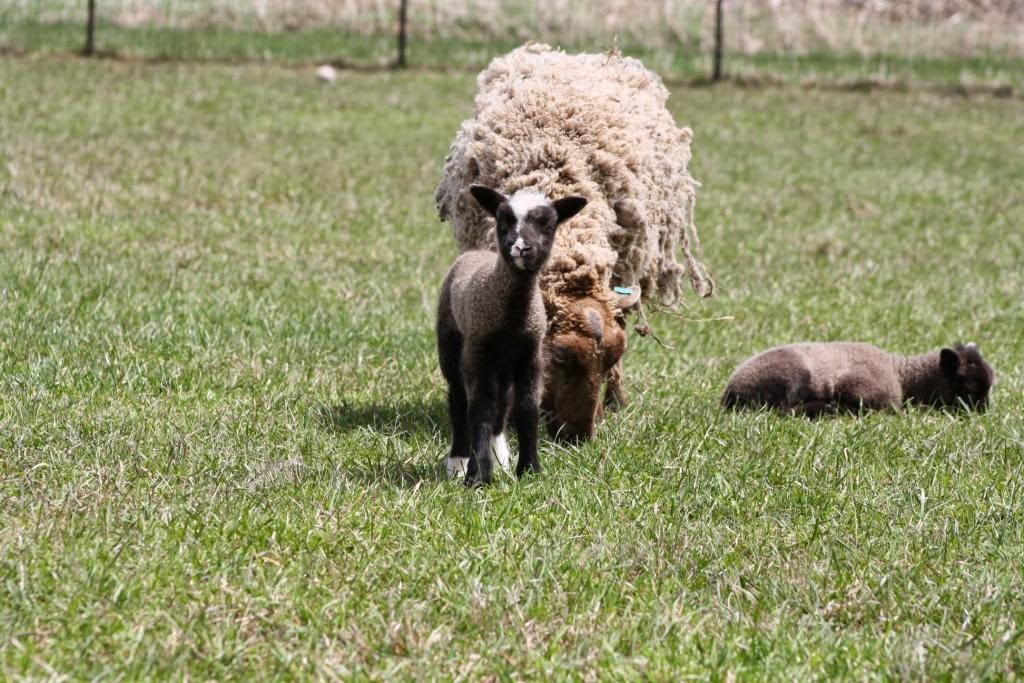 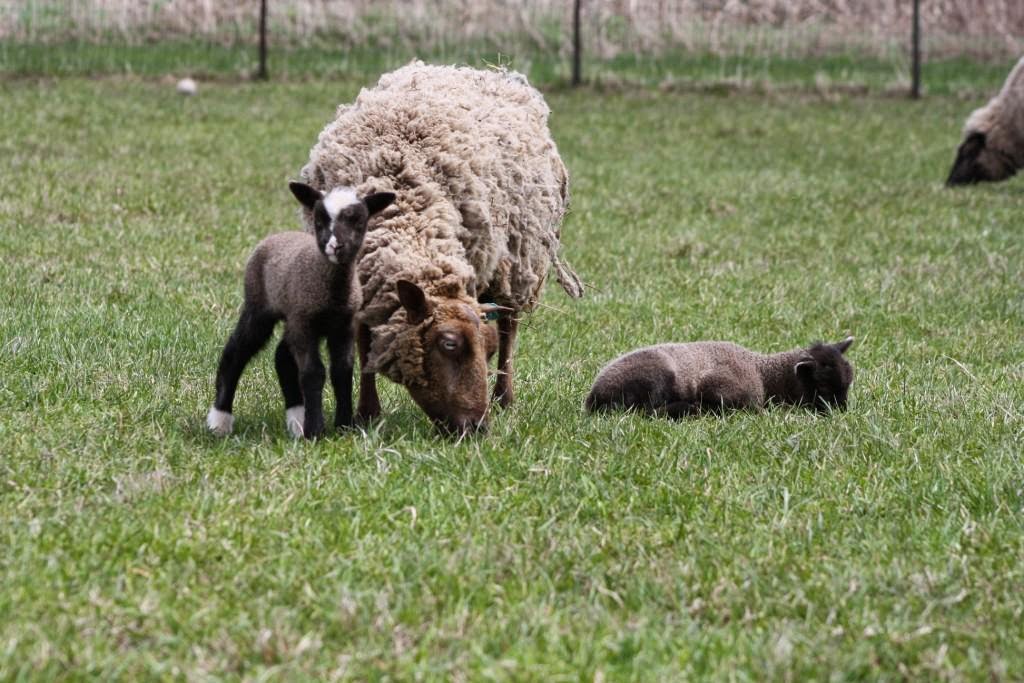 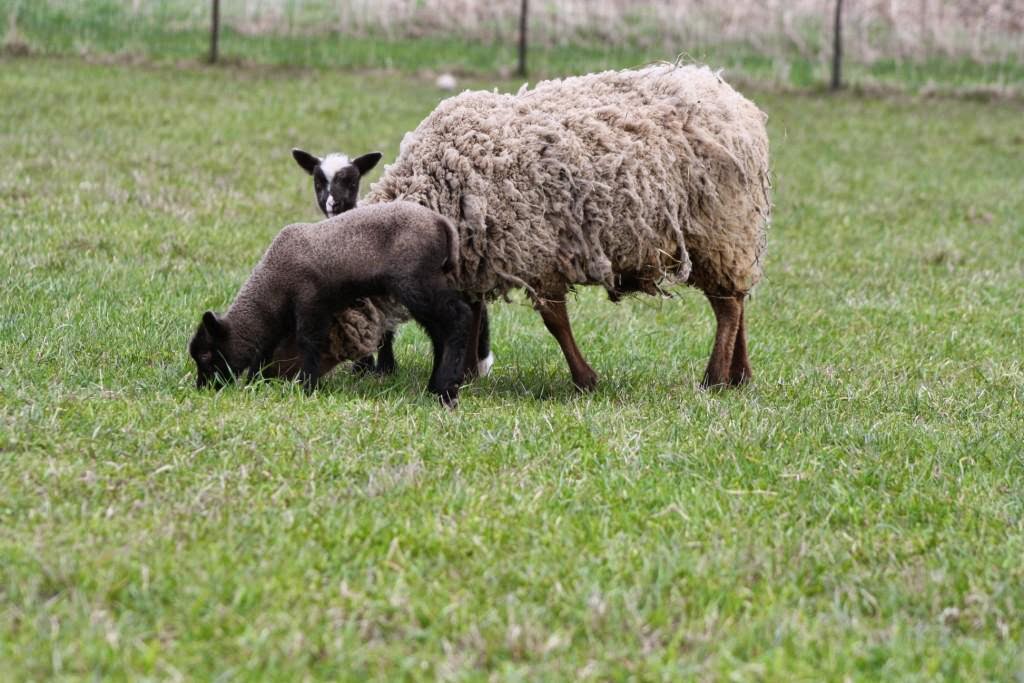 We have found it really difficult to get spotted sheep with nice fleeces, so we are always excited when it happens! It's not our top priority, but it's nice to get it once in a while.

Sommarang Isla had a spotted fawn katmoget ram and a moorit ram this year. Both will have very nice fleeces, and both a really nice! I think the spotted ram will have a full set of horns, which is something we haven't had around here in a while. Egyptian Autumn who is a half-poll with small scurs is the father. Isla does not carry the polled gene, so we knew what we might get with this breeding, but the quality of the parents was too good to pass up, and I had a lot of confidence in the outcome that we ended up getting. 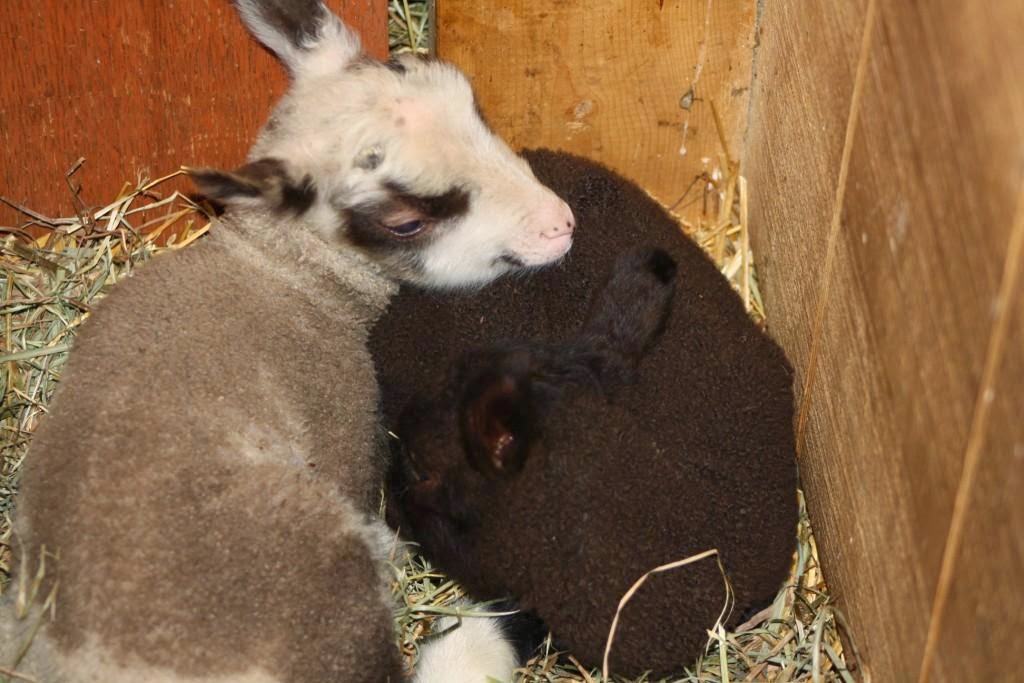 I will get better pictures when weather and time permits. Trust me though, they are really nice!
Yes, we have been having a disproportionate number of rams this year, but they have all been really nice, so it gives us a large pool of quality to select keepers from. True, the six adult rams we already have will be tough to top, but I feel confident that several of these lambs will do that. There just aren't any culls in the bunch, which is amazing given how many ram lambs we have had this year.﻿