Breeding season has come and gone, we (Rich) set the groups up thanksgiving weekend and just broke them down last weekend.  Again we are working towards black based, soft wool, 3" staple length and well conformed bodies.  We used 4 rams this year.

Jon Snow got a nice sized group, I love him as he has great staple length, pretty color, and he roos cleanly which is very cool.

Jon's group starting in upper left and going clockwise to center:  Brienne, Blue Sapphire, Elara, Elinor, Susan, Soraya, Ofeibea Soshi and Sarin.  He would have gotten more but he is closely related to many of the ewes in our flock so that limited his usage. 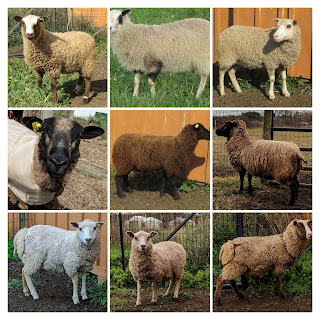 Rush also got a nice sized group.  Rush gives us a fresh genetic pool, flashy spots, plus all the characteristics we are working towards.  He has done well for us over the last few years and we are hoping for more lovely ewes from his group. 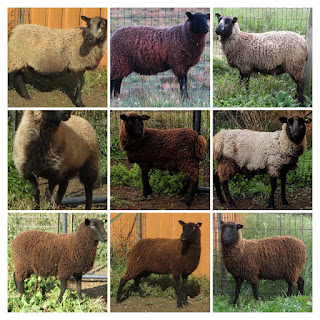 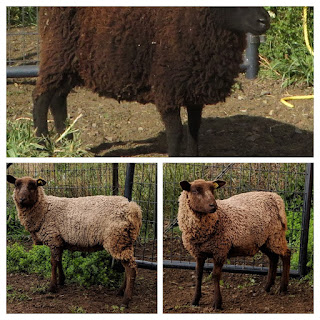 Then we wanted to give one of our ram lambs a chance to try his hand at breeding, so Thor was put in with 3 ewes.  Thor is out of Sansa and Rush. 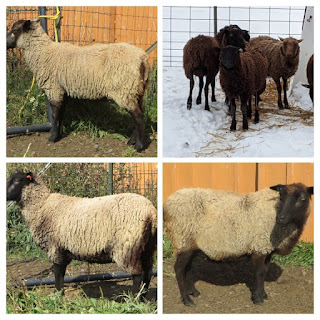 And finally Mr Knightley was put with Gilly and Korva.  Not quite in line with our goal of increasing the proportion of black based, but he is so very nice and has never had a chance to breed and also he would have been alone in his pen during breeding season which never works out well, so he got to be with our Gilly and Korva, two very nice ewes that we are interested to see what they throw. 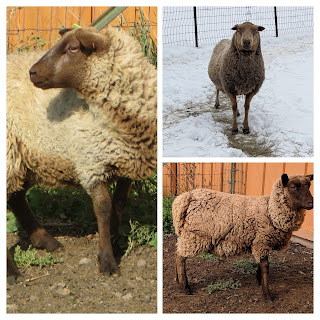 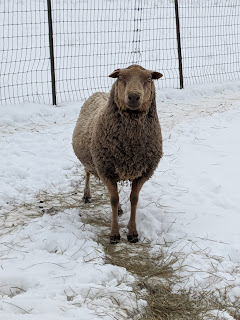 And now the wait begins!

Posted by Jen and Rich Johnson at 3:47 AM

So many nice breeding groups, as usual! Thanks for sharing. Let me know if you find a clean break for rooing heritable; I have a clean-rooing ram AND a clean-rooing ewe and have not reproduced it in any of my lambs.

Looking forward to the 2020 lamb crop! Sure to be some beautiful babies...

Thanks Michelle - interesting comment on the rooing - I guess I just assumed it was a heritable trait. I'll certainly keep you posted. Have a wonderful holiday!

Thanks for the comment ESG - I am looking forward to the next few relatively quiet and uneventful months before lambing starts - but then also excited about lambs lambs lambs!!!